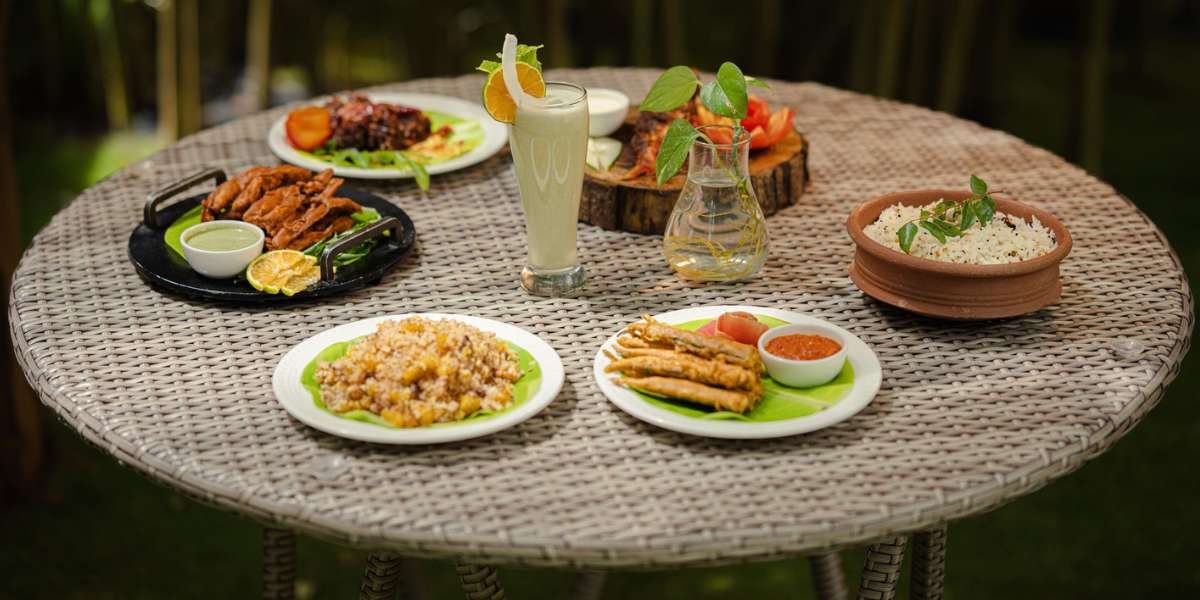 Wayanad cultivates coffee, pepper, tea, banana, paddy, cardamom, ginger, and a variety of vegetables, including tapioca. The ripening crop is a feast for the eyes if you are fortunate to tour Wayanad during the harvest season. Although Wayand is away from the coastline, there is an abundance of fresh fish caught at Banasurasagar dam.

Visiting some of the best restaurants in Wayanad serving authentic Kerala cuisine is a must. The tantalising aroma of food cooked in coconut oil and fresh spices will make you want to try everything on the menu.

The best resorts in Wayanad have multi-cuisine restaurants, and that’s where you can try the five best dishes at Wayanad.

If it is breakfast in Wayanad, it has to be soft grainy puttu with a rich coconut gravy laden with spices. The main ingredients of the cylindrical breakfast treat are rice and coconut. Layers of rice batter and coconut are filled in a cylindrical mould and steamed.

The right combination is the beef curry comprising pieces of Beef simmered on a slow flame until succulent in a curry. Tomatoes, onions, garlic, and flavourful spices like bay leaves, cinnamon, cardamom, cloves, black peppercorns, and star anise are the main ingredients of the delicious curry. The people of Wayanad also eat beef curry with parotta, another must-eat combination when at Wayanad.

Another great combination with Puttu is the Beef fry or Beef Ularthiyathu. The bottommost layer of the cylinder or coconut shell has beef, and the top layers have alternate layers of rice and coconut.

Puttu tastes equally good with a ripe banana and grated coconut and is ideal for people who like a light and not-so-spicy breakfast.

Appam with Stew (pronounced as Ishtu in Kerala) is another must-try breakfast at Wayanad. Stew is a variation of the European stew and comprises chicken or beef pieces and pieces of carrot, potato and green peas. The primary ingredient for the curry is coconut milk, and cardamom, green chillies, shallots and onions combine to make it flavorful and delicious. Some chefs also add raisins and cashew nuts to give the stew a rich taste.

The chef combines fermented rice flour, sugar, milk and coconut water to make appams. The sugar in the batter caramelises, giving the appam its crusty sides. The centres of the appam are soft and delicious too.

Karimeen Pollichathu is a typical Syrian Christian delicacy. Karimeen (Pearl Spot fish) is a high-priced favourite in Kerala and is available in plenty in the backwaters. The fish is first marinated in spices and lime juice and wrapped in a banana leaf with sauteed chopped onions, tomatoes, ginger, and other ingredients. They steam the fish. The fish absorbs the spices and the banana leaf’s unique flavour, and it is one dish to try before you leave Wayanad.

Fish Moilee is another popular Syrian Christian delicacy readily available in the best restaurants in Wayanad. It is cooked in a manchatti (clay pot in Malayalam). It is also a variation of beef stew served with appam.

The marination for fish (generally seer fish) is oil, turmeric, red chilli powder, and lemon juice. The shallow-fried fish in coconut milk gravy has a subtle flavouring of spices (pepper, cinnamon and cloves).

You are probably surprised that you did not find payasam here as the best dessert to sample when in Wayanad. Payasam is popular and a must-have dessert in Kerala, and you can order pumpkin, rice or milk payasam. However, since we are stating the best from Wayanad, Nellikai gets the top slot in the best desert category in Wayanad.  ,

Nellikai is nothing but a gooseberry. However, in Wayanad, it is soaked in wild honey and served as a dessert,

It is a typical tribal dessert. The sweet and tangy dessert can be the highlight of your trip to Wayanad.

Some of the best resorts in Wayanad, like the Raindrop Resorts, serve authentic Nadan (Kerala) Cuisine and several multi-cuisine dishes. However, the diners in the best restaurants in Wayanad prefer the local cuisine and are happy to try the Beef or chickpea curry with appam, puttu or paratha or even with red boiled rice.

Spread across acres of verdant terrain and nestled within coffee, spice plantations and tall woods, Raindrops Resorts is located in Wayanad, Kerala.